Skip to main content
Labels
Posted by vavasthi May 11, 2015

19-April-2015
As per the new plan, we were to go to Bumthang for a day and then return back. We started from Trongsa just after breakfast. As you drive towards Bumthang, you see the first sight of snow capped mountains. 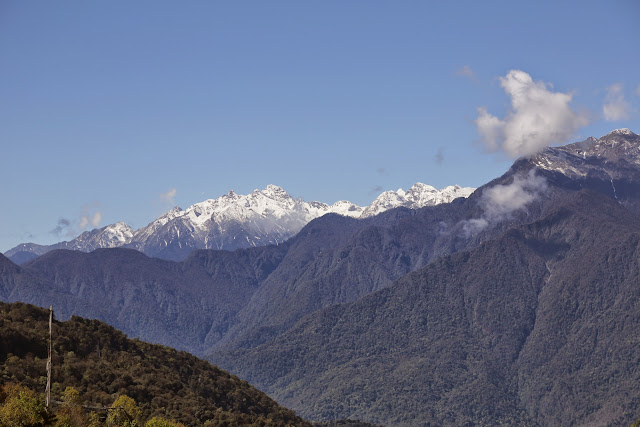 8:30 AM We were on the road to Bumthang.
10:00 AM We were at the rest area. See in the map, I have marked it. It had decent toilets. There is nothing else there.

11:30 AM We reached the Jakar Village Lodge. Here is my review of the place. We were the only guests in the property, so we decided to go to the town and find something to eat there. The first place to visit was Dzong since it was very close to the lodge. 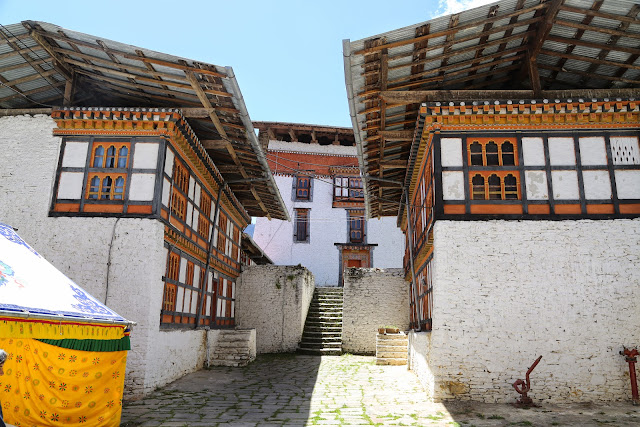 While in the Dzong, we met bunch of local school girls. There were clearly impressed with Indian soaps. They asked my wife, "आपके पति परमेश्वर का नाम क्या है"| They walked around with us for a while and then vanished somewhere.

12:15 PM We started back from the Dzong. Now the first order of the business was to find some place to eat. The owner of our lodge had mentioned Cafe Perks, we tried looking for it. Couldn't find it.

Finally as I was aimlessly driving, saw Hotel Ugyen Ling and  decided to have lunch there. They were kind of not ready but said, if we order and wait, they would cook stuff for us. So we ordered and waited for the food. Here is my review of the place.
2:30 PM Finished with lunch, started for the Jambey Lhakhang. it is very near to the hotel
It is a very small monastery.


The next destination was Kurjey Lhakgang. We were told that this is the main monastery in the region. Unfortunately it was closed when we arrived. We could just walk around the compound.

Next we decided to head to Mebar Tso, or the burning lake. According to the legend Terton Pema Lingpa had a vision of the sacred treasures that Guru Rimpoche had hidden within the lake centuries earlier. However the people of Tang and the local ruler were cynical of his claims. In order to prove his claims, Pema Lingpa held a butter lamp in his hand as he jumped into the lake. After remaining under water for a long time he re-emerged holding a chest and a scroll of paper with the butter lamp held in his hand still burning bright. Thereafter, the lake came to be known as Mebartsho (the burning Lake). 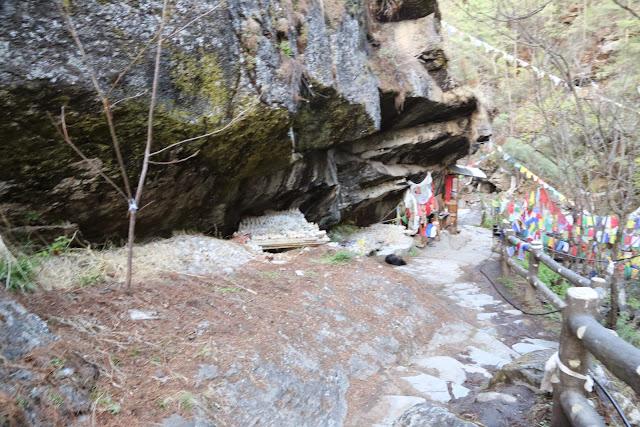 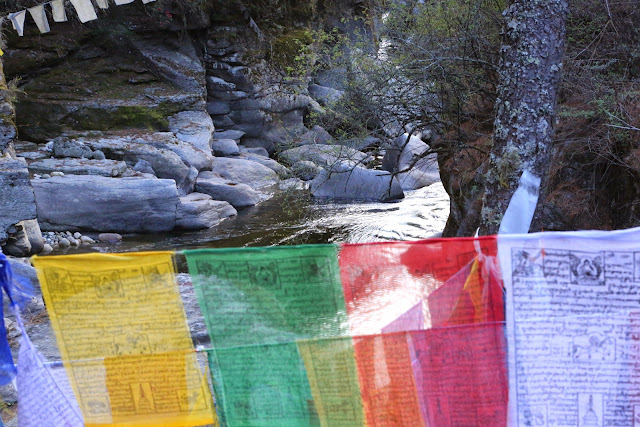 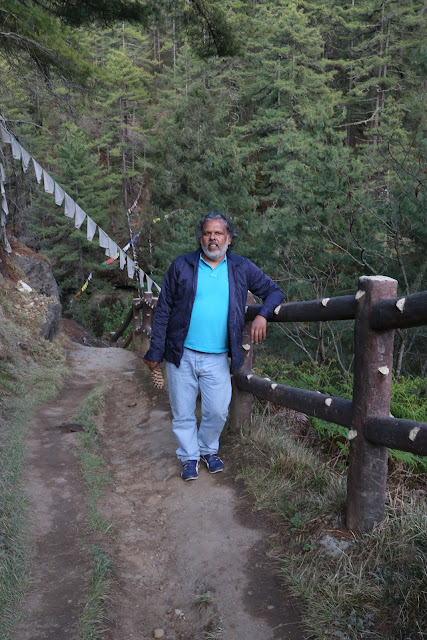 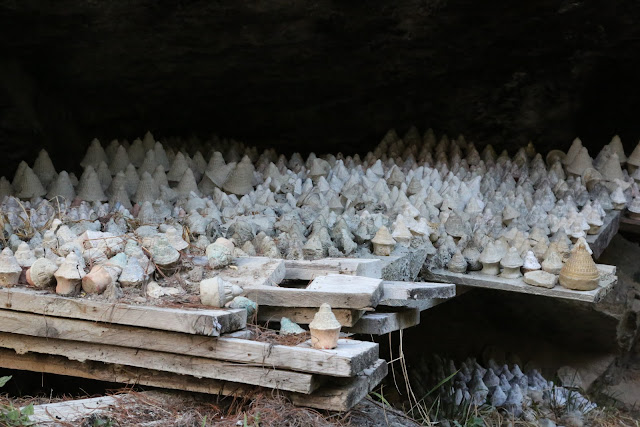 5:30 PM We started back from Mebar Tso. Drove straight back to the town. As we were driving through the main market, finally spotted the Cafe perks, so decided to have a coffee. Here is my review of the place.
Finally reached back hotel around 6:30pm. Decided to have an early dinner. Since we were planning on leaving early morning, we settled the bills in the night itself. In most Bhutan hotels, one should confirm if they would be open that early, otherwise just settle everything in the evening. The owner told us to just hang the keys in the room and leave.